Lessons from the last 10 Years of Drosophila suzukii: Moving forward with management

Since its detection in North America and Europe in 2008, Drosophila suzukii, commonly referred to as the spotted-wing drosophila, has rapidly spread throughout both regions and colonized all fruit producing areas within five years.

This unexpected invasion came with significant consequences in affected host crops (caneberries, cherries, blueberries, strawberries, grapes and others). Zero tolerance for infestation resulted in increases in pesticide use from 20% to 200% or greater, which in turn increased production costs and potential for market-limiting residues. Outbreaks of non-target pests have also been associated with D. suzukii management. We have made significant strides in understanding the biology of D. suzukii in its introduced range and are now translating this information into improved management strategies.

The rapid, global range expansion of D. suzukii presents unique opportunities to address broader issues associated with future invasive species, particularly those which are not currently considered high risk in their native range.

Register for this session 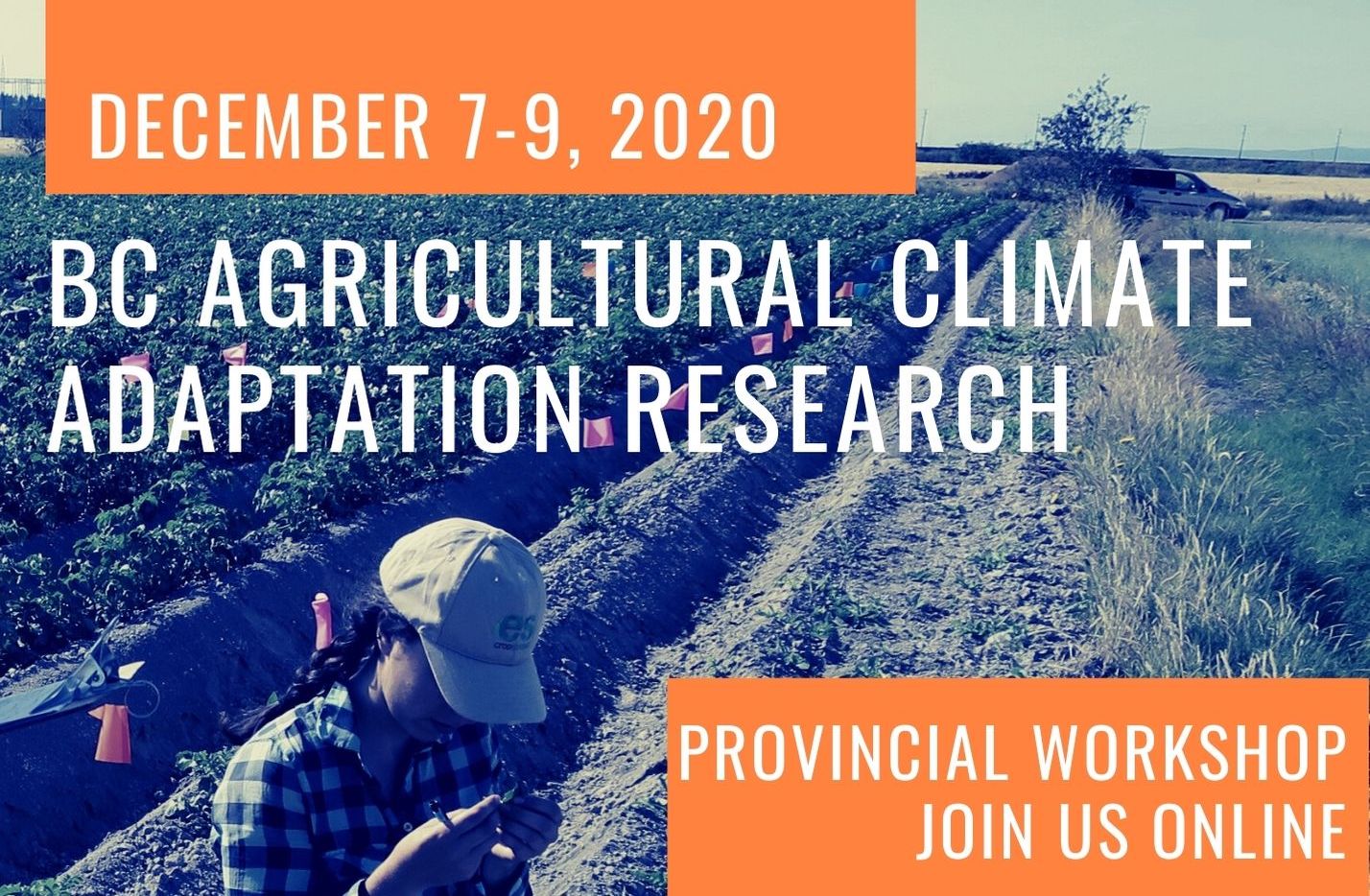 The annual provincial workshop hosted on Climate Adaptation Research for BC Agriculture is going virtual this year. All sessions are free with registration, including: